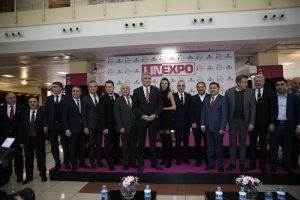 Linexpo celebrated its second edition this year, growing its success from its debut in 2016. The trade show quickly became recognized internationally, attracting more than 6.000 participants from over 60 countries, as well as numerous industry associations.

In the care of TIGSAD, the All Lingerie Industrialists Association of Turkey, the event proved to become the top trade show that covers the whole underwear sector. TIGSAD President Irfan Ozhamaratli has stated in an interview that Turkey is a big player in the underwear fashion industry, and the sector constantly invests in itself to strenghten its position even more.